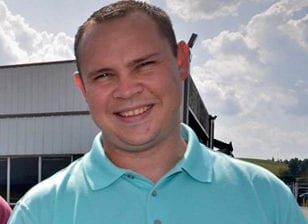 (BLOUNTVILLE, TENNESSEE – April 19, 2016) Some children grow up in the shadow of their parents walking gently in their footsteps, and others emerge from the shadows to achieve greatness. Rodney Wysong spent countless hours shuffling around hangars, playing in avionics shops and sitting in helicopters as a kid and emerged as a man that helped build a family legacy. Rodney Wysong, known once simply as Steve Wysong’s kid rose from the shadows, built a strong reputation for helping customers and turned the tables so Steve became known as Rodney’s Dad.

As Vice President of the company, Rodney traveled all across the world helping move Wysong Enterprises, Inc., from a small avionics shop that worked on electronic newsgathering helicopters, to an internationally known maintenance, repair and overhaul shop. Completions were Rodney’s passion. After years of helping others complete their aircraft, Rodney Wysong made one final completion. After a three-year battle with brain cancer, Rodney Wysong, 35, completed his journey on Earth Sunday, April 17, 2016.

“Some fathers never have a chance to spend time with their children because of their career,” said Steve Wysong. “I spent my entire career working and building this business with Rodney. I shared more time with my son in 35 years than many parents spend in an entire lifetime with their children. From the time he was old enough to go to the office with me, he was tagging along and learning the business. We have been to countless cities, trade shows and events. We were able to see the world together and share our passion for helicopters. I am extremely blessed to have shared this dream together with him.”

Many industry people recall seeing Rodney as a young boy in the hangar and then later as a young executive. “Rodney was an amazing young man that had a ceaseless passion for his family and his business,” said Dallas Avionics Vice President of Sales Scott Davis, the son of the late Dallas Avionics founder Johnny Davis. “Rodney and I shared in common growing up in the aviation business around our dads. No matter how large the industry seems at times, this industry is still driven by small businesses and we are all family. The loss of Rodney is not only a loss to the Wysong family but also to the entire industry.”

“Rodney Wysong was a remarkable young man that truly loved this industry,” said Aviation Specialties Unlimited Owners Mike and Chris Atwood. “Rodney was a hard-working, energetic, likable young man. He was a great example for others on what it means to work hard and take nothing for granted. Our entire team at ASU enjoyed working with Rodney over the years and traveling to Tennessee for projects. He and his father are like family to us and countless others in the industry that were impacted by his life.”
Southeast sales manager for Airborne Products for FLIR Larry Krieg worked with Rodney for 20 years. “I started working with Rodney when he was just a teenager,” said Krieg. It has been incredible to watch Rodney grow. He was a man of integrity and treated everyone the same. Whether it was a small mounting system or a multimillion-dollar deal, Rodney always worked hard to make sure everyone was taken care of. It was really cool to watch this little kid from Tennessee grow into a man that was comfortable in any business environment. I learned as much from Rodney as I think he learned from me over the years working together.”

Rodney was preceded in death by his grandparents. He is survived by his wife Lauren Templeton Wysong, Father and Mother Stephen and Kimberly Hermesch Wysong, sister Holly Davis-Wysong her husband Jonathan Davis, and sister Kelly Wysong. When Rodney was not traveling for work he enjoyed hiking in the mountains, rock climbing, snowboarding, golf, visiting the Caribbean Islands and snorkeling. He was also a huge University of Tennessee football fan.

A service honoring and celebrating the life of Rodney Wysong will be held at Grace Fellowship Church in Johnson City, Tennessee on Friday April 22. The viewing will be from 5:00-7:30 and the service will follow afterward. Family and friends that would like to express their condolences online can do so through tetrickfuneralhome.com. If you would like to make a donation to Doe River Gorge Ministries in honor of Rodney you can visit https://www.doerivergorge.com or call 423-725-4010 and ask for Bob Thomas. You can also email Bob directly at bob@doerivergorge.com.